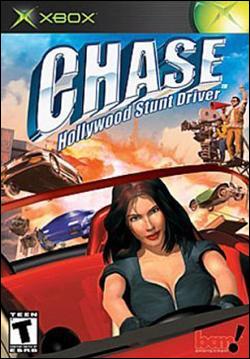 Only on the big screen has the intensity of high speed car chases, massive explosions and death defying stunts been combined into one big package. Until now. Soon you will become the supplier of that high speed action in I-Imagines first title for the Xbox, Chase. We recently had the chance to talk with Dan Wagner from I-Imagine Interactive about Chase, life in South Africa and being a first in the Xbox Incubator program.


Q: First off thanks for taking the time to talk to us about your upcoming title Chase. Can you tell us a bit about I-Imagine, yourself and what you do there?

A: My name is Dan Wagner and I'm the Managing Director & Programmer here at I-Imagine Interactive. I've been a video game addict since a controller was first placed in my hand as a child. At the age of 9 I began programming and immediately knew then that I wanted to be a game developer. South Africa had no developers for games, so I landed up working for Sega's distribution in South Africa, followed by Creative Labs. Eventually I enrolled at Digipen (video game school sponsored by Nintendo). Having completed the course with excellence and having done some contract work in the US, I returned to South Africa where I decided to actualize my dream of starting a game development studio. I-Imagine was founded on venture capital in mid-1999. I hired proven international talent from the US and Canada to help train local employees. We have grown from strength to strength and carry the distinction of being the first Xbox, Sony and Nintendo licensees on the African continent.

A: We ride elephants to work so lions would have a hard time reaching us :) For the local South African guys working at I-Imagine its heaven on earth since there is just no other place here where you can get paid to make games. For the Americans it's a bit tougher, they miss Starbucks, Taco Bell and all Hostess products.

Q: How many people are currently working on the project?

Q: How best would you describe the game style of Chase?

Q: In the game, players assume the role of Hollywood stunt driver, Chase Corrade. What's the story behind Ms. Corrade?

A: The short story about Chase: Sadly, Chase's mother passed away during childbirth. Her father chose not to remarry and Chase grew up somewhat of a tomboy. While growing up, Chase showed great interest in her father's career, which was stunt driving. Instead of preoccupying herself with the usual pastimes of girls her age, Chase spent most of her time with her father in the garage and on set. Chase had her first go-cart accident when she was six; she came out of it laughing and never looked back. Chase has the potential to become one of the world's best, if not the best stunt artists.

Q: What style of game play/modes is planned? Will there be more than single player missions?

A: The main game (story mode) will be one player only. Chase will also feature a host of mini-games which will include one to four player options.

Q: Will there be multiplayer in Chase? And if so, what will the game play be like?

A: Yes, there will be a variety of multiplayer mini-games. The stunt challenge will award players points for stunts they do. We have stunt races in which players will have to avoid obstacle courses. Another is the "smash & bash" competition in which players will compete to see who can destroy the most objects on a set.

Q: How many levels/scenes can we look forward to in the final game?

A: Currently we are aiming to have 4 levels/movies. Each level/movie will contain approximately 8 missions. In addition there will be pre-requisite training missions for the player to complete. So in total you can expect 36+ missions.

Q: How many vehicles will Chase offer? And can you give a brief description of each.

A: One of the unique elements in Chase is the diversity of vehicle physics. Chase not only features traditional cars but also motorbikes and hinged trucks. Players will drive vehicles based on the time period of the movie. You can expect to drive 1920's gangster vehicles, dune buggies, high-tech sports cars and motorbikes along with 18-wheeler trucks. There will be a minimum of 12 drivable cars in Chase (we are still deciding on extra vehicles for the multi-player scenes).

Q: Seeing as we're performing Stunts for movies, is there a specific scripted set of events that have to be performed? Or are we just talking racing from point A to point B but be sure to hit barrel, smash through fruit truck….that type of thing?

A: There are different types of scenes within Chase. Some scenes may require you to evade a stunt driver while other to chase. The stunt aspect is mixed within. While you can always smash things along the route, there are marked stunts that the director would like you to perform. (We don't want to give too much detail on how we have implemented this system just yet).

Q: Is Chase restricted to one vehicle per shoot? Can we get out of one vehicle and jump into another?

A: Players themselves will not be able to control the character outside of the car. We have plans for scenes were the drivers swap cars during the course of the scene.

Q: How varied are the level localities? Can you describe a few of the areas where gamers will have to perform?

A: The one movie is based on the 1920's gangster era. Another movie is set in an Asian city. There is also a Post Apocalyptic movie set and the final is a spy thriller. There are indoor scenes as well, such as our Asian City Mall and our warehouse scene. So as you can tell the scenes are quite varied.

Q: How are you guys handling the replay system? Can we expect replays with a movie style approach with multiple camera angles, dramatic slowdowns, that sort of thing?

A: Since this game is about movies we will have many dramatic camera angles, slow motion replays etc. Many of the stunts you will perform in the game will be better appreciated in the replay mode. Driving by an explosion for example would be better appreciated with a camera looking at the oncoming player, to enjoy the aftermath of the flying debris.

Q: I noticed bump mapping on the rainy streets during the motorcycle scene in the Chase teaser video. What other Xbox hardware features are you taking advantage of? Is the hard drive being utilized?

A: 90% of Chase currently uses Xbox specific pixel shaders. We have real-time realistic shadows with self-shadowing on vehicles, characters and objects. Real-time light reflections (which is what you saw in the motorbike scene). Were playing around with real-time cube mapping for the main user vehicle (this requires rendering our scene from 6 different angles - try that one on another console). We use the hard drive for streaming in data. On other consoles there's usually a long wait time when you restart a level, thanks to the Xbox's hard drive you can expect super fast level reloading.

Q: Chase was originally intended for release on the PC before I-imagine was picked up as the first developers into the Xbox Incubator program (Congratulations btw). How has the Incubator program helped you in the development process?

A: We always new we that Chase was a product that needed to head for consoles. Microsoft was the first company to notice Chase's potential and gave us the opportunity to begin development on the Xbox before signing a publisher. Many people think Incubator members are garage developers, what they don't realise is that like any other developer Incubator members pay for their kits. The Incubator program simply gives independent developers with a good team and financial backing the opportunity to get a head start in developing their product for the Xbox before signing a publisher. For I-Imagine this has been a tremendous help as publishers see our product running on the Xbox and this gives them confidence in our teams ability to complete the title on the platform. I must also add that the Xbox team has been a tremendous help to I-Imagine. Not only have they given us great technical support but also gave us helpful feedback and advice with regards to our demos.

Q: The game seems more of a console style title more than PC, has there been any content changes to occur in the switch?

A: Chase went through major content changes. Not only during PC to Xbox but also as we figured out what limits we could push on this beast of a machine. In fact anybody who has seen our teaser trailer is in for a big surprise when they see the graphical enhancements that we have done to the game since then.

Q: How close is the game from being finished? And when is the projected release date?

A: I-Imagine is currently in negotiations with publishers. The release date will be based on the outcome of these negotiations. For now I can safely say it's a 2002 title.

Q: : Lastly and most importantly, (toughest question) What is going to set your title apart from the rest?

A: Many games previously featured some sort of stunt mode, Chase is the first next generation title to tackle Hollywood movie style stunts. Since this is a driving title, the I-Imagine team ensured that the vehicles in Chase were fun to drive. I also believe we are the first next generation title to incorporate cars, motorbikes, hinged vehicles and our highly popular 3-wheeler Tuk-Tuk all in one game. Side note: There is a stunt game headed for PS2 called Stuntman. However we are confident that Chase was the first with the Hollywood stunt concept as we publicly showed Chase at our booth at E3 in May 2000 and previously in February 2000 to select publishers; including Infogrames; at the Milia Exhibition in Cannes France.