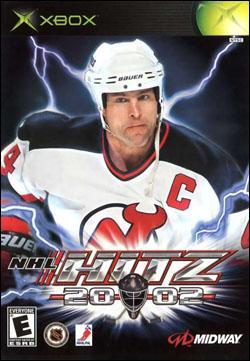 XboxAddict.com had chance to interview Midway Games on their involvement with the Xbox. Here at XBA.com we remember quite well blowing our hard-earned allowances and digging through the couches for quarters for Robotron 2084, Defender and especially Spy Hunter. Midway was definitely a pioneer in gaming industry and a big part of our childhoods. Now a whole new generation is growing up with Midway as well. We can also remember our parents telling us not to waste our money playing games, but now ironically in most cases they're playing the games too.


Q: XBA: Thank you for taking the time to talk with us. Our first question is.. "Could you give the younger audience a breif lesson in the history of Midway Games?"

A: Midway has a long history in videogames, going back to the late 70s and early 80s when we manufactured blockbuster arcade games like Defender, Robotron and Pac Man. Throughout the 70s, 80s and early 90s, we remained focused on creating revolutionary arcade games like NBA Jam, Mortal Kombat and Cruis'n USA. In 1995, we entered the home videogame business, and our first major release, Mortal Kombat 3, was the number one selling title of the year. Over the past 6 years, as home games surpassed arcade games in quality and popularity, we increased our focus on home games and decreased and eventually exited the arcade game business. We're now focused 100% on making high quality games for next-generation systems, including Xbox.

Q: Can you tell us what titles are being released for the Xbox, and a short description of each one.

A: NHL Hitz 20-02 Caters to hockey fans and action/fighting game lovers alike because it is the only next generation hockey videogame to deliver hard-checking, adrenaline-style hockey action in incredibly realistic graphical detail. It's a great combination of authentic NHL hockey and players with in-your-face gameplay. It's like playing a hockey highlights reel. Really, you've got to play the game when it hits the XBoX. It's awesome. Nothing like it has ever been done before. And, we would go as far as to say it is the best hockey videogame out there now!!!! Arctic Thunder Arctic Thunder brings is a unique, all-out snowmobile action- racing game that pushes the limits of speed and combat tactics (both hand-to-hand fighting and weapons). It's fast. You have to hang on tight. NFL Blitz 20-02 Basically, Blitz has evolved. It is the definitive extreme-style football videogame. And on Xbox, you have stunning next generation graphics and animations that take the franchise to the next level with a proprietary blend of authentic NFL football, “no rules” gameplay and “no mercy” attitude. The player faces are so realistic it's hard to tell if it's a videogame or a video.

Q: You've annouced "NHL Hitz 20-02". What will make this one stand out from the other hockey games due to be released?

A: NHL Hitz features big hitz, rocket goals and ferocious gameplay. You can shove guys through the glass. We have a totally unique 3D crowd that let's you know what it thinks of your gameplay! The fantasy rinks are super cool. The create a player really gives you a ton of options -- the most deep of any sports game. The guys at BlackBox that developed this title for us understand hockey, and how to keep it legitimate, while pumping it up with attitude that keeps it exciting all the time. We also have some impressive music you can choose from. From Limp Bizkit, Korn and Fuel just to name a few.

A: Everyone has also respected Blitz's take on football. But, we knew we had to get more sophisticated, especially with a platform like XBOX that delivers the ability to be able to show off your graphics and your product. We think we are taking full advantage with this all-new Blitz.

Q: What made Midway Games want to develop games for the Xbox platform?

A: Why did we want to develop for XBOX? Really, how could we not want to? The XBOX has horsepower baby! Our developers are so excited to create products for Xbox. And hey, it's Microsoft. Come on now. That's sort of a silly question!!!

Q: MILLION DOLLAR QUESTION...Most of us hard-core Xbox fans saw the ever famous "Afro Thunder", demonstrating the Xbox and its abilities... Is "Ready To Rumble" coming to Xbox? If not, why? If so, when?

A: Afro is on sabbatical right now. He will make his appearance when he is ready to show XBOX what he has to offer!

Q: Are their any classic Midway games that are being re-tooled for the Xbox? (e.g. Spy Hunter for the PS2)

A: Defender will be an all-new game coming out next year. I can't tell you anymore than that right now so you will have to wait and see.

A: Well, as much as everyone says they love the old arcade games, they just weren't selling like they used to. Midway was moving in the direction of home console original titles anyway, so we just shifted our focus 100% home. However, we will be dipping into our arcade roots when we create all-new remakes of some classic properties like we did with Spy Hunter and we are currently doing with Defender, which will be on XBOX next year.

Q: What was your most successful all-time games at Midway? (list a few, start with the oldest, end with newest)

A: Historically, the Mortal Kombat franchise is by far the hugest for us. And, an all-new Mortal Kombat will come out on Xbox next year. Oh yes, Ed Boon the creator has been working on this for some time now. The game is totally reinvented. It's pretty dark. Not for those with a weak tummy! I am sure you can imagine the richness of the brutality on XBOX!

Q: What titles does Midway have on the horizon for Xbox?