MW3 Gets Dedicated Servers but ONLY on PC

The lack of dedicated servers in Call of Duty: Modern Warfare 2 was a major turn-off for many PC gamers back in 2009. Thankfully, that won’t be a problem with Modern Warfare 3, as Infinity Ward has decided to implement support for them in its latest game.
The news was revealed today at Gamescom by Jay Frechette, associate manager for Call of Duty Digital, and reaffirmed by Sledgehammer boss Glen Schofield on Twitter. Dedicated servers will be free to PC gamers and available at launch, and they won’t be like those in Black Ops where they need to be rented from one specific company.

There were a great deal of complaints about Modern Warfare 2’s complete omission of dedicated servers. Infinity Ward left it out in favor of IWNet, a matchmaking service that was convenient for some and made it more difficult to cheat. Others were left frustrated as it prohibited them from setting up servers where custom maps and rules could be run, and where online communities could be fostered.

Going back to the traditional dedicated server setup should help to appease hardcore PC fans who expect to be able to do those things in their PC games. Hopefully it doesn’t lead to a major influx of cheaters, particularly with Call of Duty Elite preparing to hand out real-life prizes for in-game performance, giving cheaters all the more incentive to not play it straight. 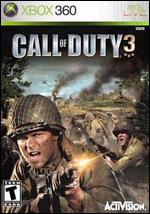