A Star Wars game for Kinect could have really helped to drive sales of the controller-free peripheral later this year. But reports were that it needed some work, and that’s exactly what seems to have prompted a delay.
Microsoft confirmed to OXM UK (via MCV) that both Kinect Star Wars and its sweet-looking limited edition Xbox 360 console have been pushed back.

"Microsoft and LucasArts have elected to move the launch of Kinect Star Wars beyond holiday 2011 to ensure the full potential of this title is realized," a spokesperson told OXM. "This move applies to both the Kinect Star Wars stand-alone game and the Kinect Star Wars Limited Edition Console. We will communicate additional timing information at a later date."

Being delayed out of the holiday season presumably means it’s now set to come out sometime in 2012.

Kinect Star Wars is being developed by Terminal Reality, which has previously worked on games like Ghostbusters, Def Jam Rapstar, BloodRayne, and Terminal Velocity.

It’s the studio’s first Kinect game, and there were clearly issues, as demonstrated in the video above. This delay doesn’t come as much of a surprise; with a game that could appeal to a very wide audience, it’s likely a smart decision to give it time to turn out well. 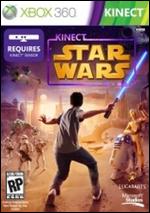 Xbox one no signal
Post by debrartin
0 Replies, 50608 Views