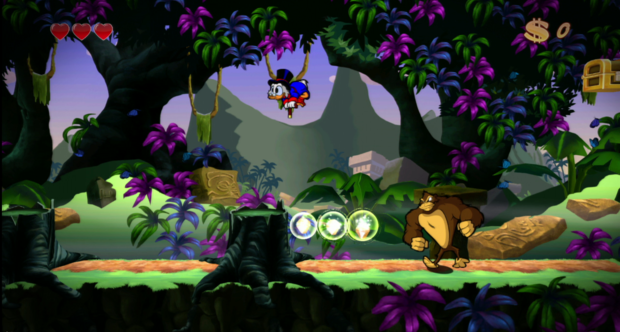 Scrooge McDuck has a date with nostalgia. Capcom announced today that DuckTales: Remastered is coming starting in August, and the publisher has sprung for making a retail version available on PlayStation 3.

It will be available digitally on PC, PlayStation Network, and Wii U eShop on August 13. A boxed PS3-exclusive version, with a download code and a DuckTales collector’s pin, will hit shelves on August 20. If you want to play the game on Xbox Live Arcade, though, you’ll have to wait until September 11. Sorry, but that’s life: it’s like a hurricane. DuckTales: Remastered will cost $14.99 across all digital platforms, and $19.99 for the retail version.

To mark the event, Capcom has released the first in a series of new (ahem) "Duckumentary" videos, in which WayForward employees explain how they remade the classic. The first one deals with making art for the backgrounds.