Sixty Second Shooter Prime is Now Available on Xbox One 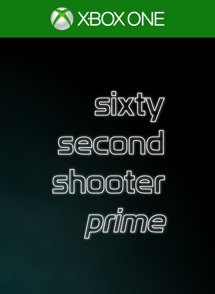 Check price and availability in your Xbox LIVE region

Game Description: Sixty Second Shooter Prime is a twin stick shooter with a sixty second time limit. You’ll be surprised how fun that is. You have one minute – and one life! – with which to deal as much destruction as possible. The enemy hordes are relentless, so only the sharpest wits and the fastest reflexes will prevail. Will you press your luck and fly to the deep levels where the truly treacherous foes await? The clock is always ticking in this fast-paced dual-stick shooter. But thankfully, our intrepid scientists at Happion Laboratories have developed all-new weapons to help you in those sixty seconds of hell. Use missiles to build a large chain bonus or lure your opponents into deadly remote-detonating bombs. With these tools at your disposal, you can develop all kinds of strategies to make that minute last a lifetime!

Outlast is Now Available on Xbox One 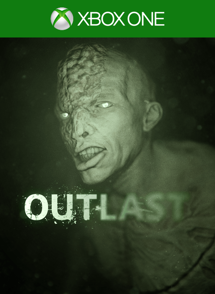 Check price and availability in your Xbox LIVE region

Game Description: In the remote mountains of Colorado, horrors wait inside Mount Massive Asylum. A long-abandoned home for the mentally ill, recently re-opened by the “research and charity” branch of the transnational Murkoff Corporation, the asylum has been operating in strict secrecy… until now. Acting on a tip from an anonymous source, independent journalist Miles Upshur breaks into the facility, and what he discovers walks a terrifying line between science and religion, nature and something else entirely. Once inside, his only hope of escape lies with the terrible truth at the heart of Mount Massive.

Game Description: A puzzle-platformer of cataclysmic proportions, starring an ornery blob with an insatiable appetite. Begin the game a tiny captive carnivore, finish a city-devouring giant. Gain freakish new abilities including magnetism, telekinesis, and rocket power. Platforming has never been this viscous, nor this various. 24 expansive single player campaign levels, PLUS top-down bonus stages. Consume everything, regret nothing!

Add the game trial to your Xbox 360 download queue

More on Tales from Space: Mutant Blobs Attack from the developers:

Mutant Blobs Attack is a puzzle-munchy-platformer about exacting revenge on the human race by eating the world around you to grow larger, larger and larger.

You start out the size of a penny, absorbing tiny objects to increase in size, allowing you to see the levels around you at different scales, and be able to interact with objects that earlier were too large for you to move. Most importantly you’ll experience the joys of eating boots, humans, cows, and space cows.

In addition to consuming all of existence, you will also gain some pretty unique blob powers such as Magnetism, and Telekinesis. Attach yourself to any metal object in the environment to zoom around inverted, or use your blob brain to control objects from a distance.

How much will it cost you to have what might be the greatest experience of your life? As of today you can now purchase Mutant Blobs Attack for $7.99. Also, be sure to give us some blob love on Twitter @DrinkBoxStudios.