Microsoft has announced that Digital Illusions, developer of Rally Masters and the upcoming Xbox games Shrek and Battlefield 1942, is developing a new rally racing game, titled Rallisport Challenge, exclusively for the Xbox console.

The game includes a variety of rally racing competitions, including hill climbs, rallycross, ice racing, and traditional rally. Players can either race against the clock or go head-to-head against up to four human-controlled racers. The game will feature more than 25 licensed vehicles from Audi, Citroen, Lancia, Ford, Subaru, and Mitsubishi. Several banned rally cars from the 1980s will also be featured in the game.

Digital Illusions plans to take advantage of the Xbox hardware by creating such subtle environmental touches as swaying trees, people and animals running to avoid the car’s path, and realistic particle effects as the player speeds through a wide variety of terrain types. Rallisport Challenge will be released for the Xbox in spring 2002. 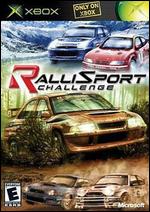