As part of its quarterly earning reports, Midway also announced the release dates for key Xbox video games due to release no later than the holiday season of 2002. The Midway Xbox games are listed below, and release dates of Midway games for other platforms can be found at GameSpot.

As you can see, Midway supports Xbox with 14 titles. The main ones including all the sports titles such as Arctic Thunder and Red Card Soccer, and Spy Hunter and Defender! 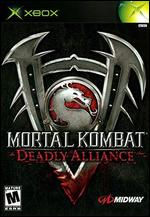