BUKA Entertainment and Sobaka Studio have announced the upcoming release of their brawler Redeemer on various platforms, including the Xbox One, in August 2018.

Released on Steam last year, Redeemer received an overwhelming amount of feedback due to its charismatic protagonist and vigorous bloody gameplay.

The development team have taken into account the community’s input and added local co-op, character classes (Monk and Soldier) as well as other tweaks like the improvement of some levels’ balance. 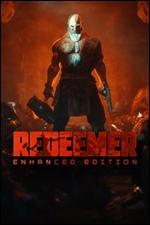