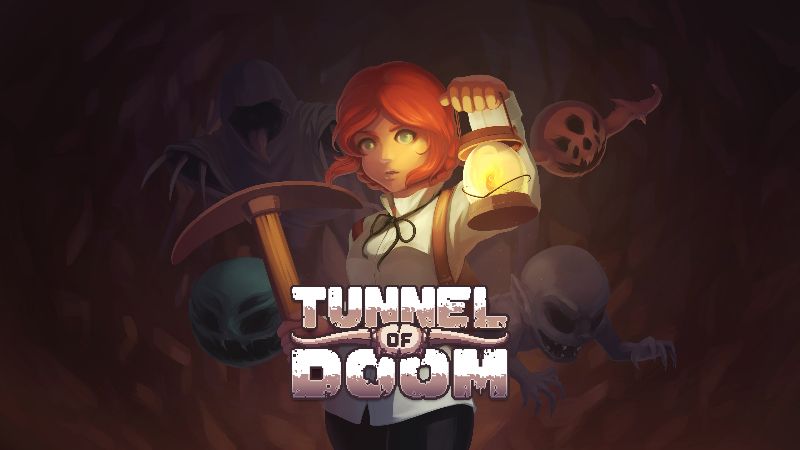 Descend into the depths of a monster infested mine, coming soon to PC, Nintendo Switch, and Xbox One
Tunnel of Doom, a top-down action rogue-lite that combines tower defense with melee and ranged combat style gameplay, will launch 23rd November on Steam, GOG, Humble, and other PC storefronts. Nintendo Switch and Xbox One versions will follow next  month, launching 23rd and 24th December respectively. All versions will be priced $13.99 and will launch with a 10% discount for a limited time.

Created by Finnish developer, Antti Vaihia, Tunnel of Doom puts a unique spin on the rogue-lite action by giving players the opportunity to gather resources as they explore a monster-infested mine, and then use them to set traps and build defences before battling waves of ghoulish creatures waiting to emerge from the darkness.

Tunnel of Doom is an action rogue-lite hybrid that mixes tower defense with melee and ranged combat gameplay. Randomly generated, every run is different as you guide Angel on a quest to rescue her husband. Gather resources, discover perks, and use what you find to battle waves of monsters.