Just the other day Action Trip spoke with Mark Washbrook, the Executive Producer at Kuju Entertainment, who reveals tons of info about his up coming third-person shoot, Reign of Fire. Here’s a clip:

AT: Let us know more about the general mission design. What sort of assignments will players get? How long will the whole game last, roughly? MW: The game is very much an all action affair with missions linked and based around a fast-moving plot; based upon events in the film. The player has very specific objectives on every mission although they may be working with, or providing support for other units. We have tried to make the player feel that they are working within a team and although not the sole protagonist they are the catalyst for success in both Human and Dragon missions. 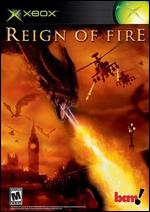 With new names and new opportunities coming to the fore on an almost weekly basis, Youtubers Life 2 is set to offer a revised, more contemporary look into the life of this burgeoning profession’s biggest stars.

Xbox one no signal
Post by debrartin
0 Replies, 43745 Views