Created by Lab Zero Games, the developers behind the million-plus selling cult-favorite fighting game Skullgirls, Indivisible features ultra-rare, real-time party fighter mechanics. Spanning a fantastical world with dozens of playable characters, a rich storytelling experience and gameplay that’s easy to learn but difficult to mater, Indivisible revolves around Ajna, a fearless young girl with a rebellious streak. Raised by her father on the outskirts of their rural town, her life is thrown into chaos when her home is attacked, and a mysterious power awakens within her.

Indivisible will release on Tuesday, Oct. 8 at digital retail globally and physical retail in North America, with a full global release at retail in supported countries on Friday, Oct. 11. Pre-orders are available now with a variety of pre-order incentives available: 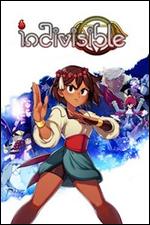