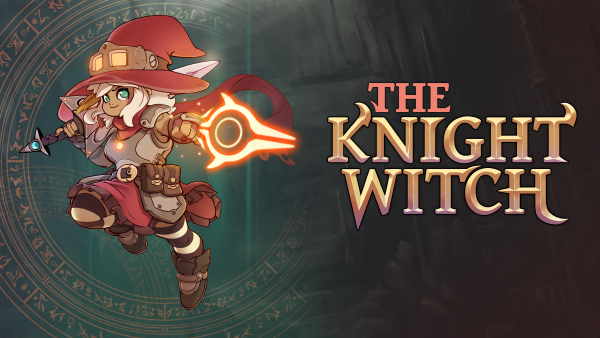 Team17 and Super Awesome Hyper Dimensional Mega Team have announced that Metroidvania bullet hell The Knight Witch will launch on 29th November across Nintendo Switch, PS5, PS4, Xbox Series X|S, Xbox One, and PC. Melding fast-paced shoot ‘em up combat with exploration and deck building, players will take up arms as the Knight Witch Rayne, use her powers to navigate waves of monstrous enemies, and try to save her loved ones and the place she calls home.

Nothing will stop the Knight Witches from protecting their home:

The Knight Witch takes players to the underground city of Dungeonidas, where the once peaceful metropolis has been besieged by a mysterious enemy and their army of unrelenting war golems. As Rayne, players will wield the power of a Knight Witch and decide whether to customise and upgrade her Knight abilities to give a faster-paced shoot ‘em up experience, or strengthen her Witch magic, through different deck building strategies created from over 40 unique cards.

The Knight Witch also offers up a series of accessibility and assist options so players of all abilities can help save the kingdom. These include the ability to turn Rayne invincible, implement an intuitive auto aim system, as well as add a focus system so players cannot get lost in the kingdom’s labyrinthine streets and alleys, enabling players to customise their playstyle.

Players that can’t wait to jump in and join Rayne and the Knight Witches can download the limited time demo available until 10th October on Steam,  giving them a taste of the fast paced action to come in November.

Xbox one no signal
Post by debrartin
0 Replies, 115537 Views