Talk about not wasting time. The day after it announced ShellShock: Nam ’67 went gold, Eidos has shipped the game to stores. Rated "M" for Mature, the game will retail for $39.99 for the PC and $49.99 for Xbox and PlayStation 2 versions. Developed by Dutch studio Guerrilla Games, ShellShock: Nam ’67 welcomes players to the jungle at the height of the Vietnam War. Unlike the war-as-sport approach taken by Battlefield:Vietnam, the third-person shooter aims to show the horrors of war in unflinching detail. Besides chaotic ambushes and graphic violence, the game will also contain hallmarks of the conflict such as Vietcong tunnels and booby traps.
Source: http://www.gamespot.com 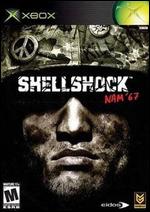 Taking players on an exciting adventure through the amazing world of Peppa Pig, the trailer reveals famous locations seen in the globally recognized TV series.

Conway: Disappearance at Dahlia View is a gripping observational thriller set in 1950s England. When 8-year-old Charlotte May is reported missing from Dahlia View, retired detective Robert Conway searches for the truth behind her disappearance.

More buses, more brands and freedom like never before! Bus Simulator 21, the most extensive bus driving experience in the history of the popular game series, is ready for departure.

Xbox one no signal
Post by debrartin
0 Replies, 53828 Views