Hot Coffee controversy grows as Hilary Clinton weighs in Presidential wannabe condemns sex mod for GTA, while Rockstar denies responsibility US senator Hillary Clinton has announced that she’s to hold a press conference about the growing controversy over the Hot Coffee mod for Grand Theft Auto: San Andreas, where she will discuss possible legislative solutions to the "problem". The former First Lady - and current presidential wannabe - will "discuss legislative solutions to keep inappropriate video game content out of the hands of young people", according to a statement from her office. She will be joined by representatives of the National Institute on Media and the Family, the New America Foundation and the Family Violence Prevention Fund. That’s admittedly something of a step up from the company she kept the last time she took to the stage to attack Grand Theft Auto, when she was joined by Republican Senator Rick Santorum - best known for his public statements equating gay marriage with bestiality. For its part, Rockstar is still denying that it is responsible for the Hot Coffee content - although a statement today to that effect stopped short of saying directly that the content "unlocked" by the mod is not actually present on the game discs. "Hackers created the ’Hot Coffee’ modification by disassembling and then combining, recompiling and altering the game’s source code," the statement explains. The mod is currently being investigated by both the ESRB in North America and the OFLC in Australia, with a view to deciding whether the rating originally granted to the game needs to be upgraded - or, in the case of Australia, whether the game should be banned entirely. Meanwhile, here in the UK, the BBFC has taken the view that even if the mod can be considered as part of the game, it would not change the 18 rating granted in this territory - presumably recognizing that in a game featuring the level of violence, swearing and sexually charged content that San Andreas does, a badly animated sex scene where one of the protagonists doesn’t even undress is hardly the most shocking thing in the world.
Source: http://www.gameindustry.biz 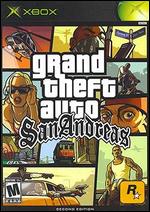