Redwood City, CA. – February 26th, 2008 – Electronic Arts Inc. today announced that the new sci-fi survival horror game, Dead Space™ will be in stores in North America and Europe on October 31st for the PLAYSTATION®3 computer entertainment system and the Xbox 360™ videogame and entertainment system. Dead Space will ensure that gamers have a spine-tingling Halloween.

Set in the far future, Earth’s appetite for natural resources has become a major motivator for deep space exploration. Immense, privately-owned and operated mining ships called “planetcrackers” orbit planets and use sophisticated equipment to carve out entire city-sized chunks of rock, reducing them to component elements and raw ore. When communications go dead onboard the USG Ishimura, a famous planetcracker, systems engineer Isaac Clarke is sent in to fix the problem. Once onboard the vessel, Isaac discovers that the crew has unearthed an ancient and malevolent alien presence far beneath the planet’s surface and brought it onboard. Weaponless, alone and terrified, this lone engineer is burdened with much more than simple survival – he must seal the alien horror back into the dark rock.

“Survival horror is about experiencing a terrifying, and deeply personal fiction,” said Executive Producer Glen Schofield. “Dead Space is being developed as a single-player thriller that delivers the chilling, claustrophobic feeling of being isolated in a dark environment, while being stalked by some truly horrific enemies. Halloween is the perfect time for EA to deliver the fear and anxiety that will keep survival horror fans up playing all night.”

Gamers can check out the new trailer and get all the latest dev team news at the newly redesigned and relaunched Dead Space website at www.deadspacegame.com. Under development at EA Redwood Shores, Dead Space is not yet rated by PEGI or ESRB.
Source: http://www.ea.com 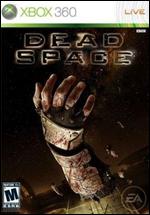