The Swedish developer was originally a part of Vivendi Games; however, the company was put up for sale on August 6 after merger details between parent company Vivendi Games and publisher Activision were ironed out. The union ultimately formed Activision Blizzard. As a result of the merger, several intellectual properties like Ghostbusters and Brutal Legend, among others, were put up for sale. World in Conflict: Soviet Assault, an expanded version of the original game, was originally set for a fourth quarter 2008 release on the PC, PlayStation 3, and Xbox 360, but the fate of the series was left up in the air after Activision Blizzard formed.

According to an official statement released by Ubisoft, the acquisition would grant the publisher all of the personnel from the developer and the World in Conflict brand.

"We are delighted to welcome the talented team of creators at Massive into the Ubisoft family," said Christine Burgess-Quemard, executive director of worldwide production studios at Ubisoft. "Ubisoft is growing at an intense pace and our strategy is to ensure the strength of our global creative teams. Massive has put together a group of some of the most confirmed and recognized creators in the industry and I know that their talent and innovation will allow them to seamlessly integrate into our worldwide network of production studios."

"Massive’s development team places great importance on its freedom to innovate and create games of the highest quality," stated Martin Walfisz, president and founder of Massive Entertainment. "We are fortunate to have found in Ubisoft a publisher who shares the same values and understands our mindset. I have no doubt that our future together will offer significant mutual benefit and synergy."

Massive Entertainment is composed of more than 120 developers. The company’s most popular game, World in Conflict, has received widespread critical praise. We awarded it best strategy game of 2007. 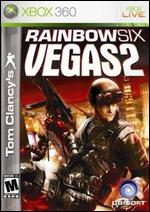 Xbox one no signal
Post by debrartin
0 Replies, 39009 Views