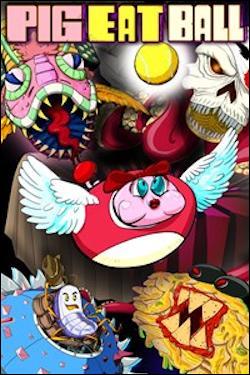 Having done reviews for over a decade, I’ve played my fair share of nearly everything out there, even some of the weird Japanese stuff that I used to import back in the day. Pig Eat Ball might be one of THE weirdest games I’ve ever experienced, which is saying quite a lot. Developed by small studio Mommy’s Best Games, creators of Shoot 1UP and Serious Sam DD XXL, Pig Eat Ball is perfectly titled given that you’re a pig, eating you guessed it, balls."