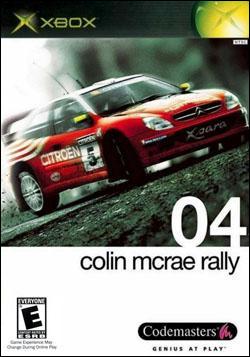 Finally, the day is over. After being stuck behind a desk for eight mind-numbing hours, you want nothing more then to sit back and relax. The only problem is that you?"

read more
An advanced visual engine will deliver stunning environments and more detailed stages through the fresh international rally courses. The replay cameras are being enhanced to provide dramatic highlights from the rallies in dramatic televisual detail.

Overall: a very realistic rally experience... without being too frustating to have fun.
although the absence of live-play is a disapointment.
Gameplay: great physics, and realistic handeling give this racer a very unique feel... and although realistic... it's still fun!!
Graphics: visually very nice and detailed... with believeable vehicles and environments you are in for a graphical treat!!
Sound: with little or no music and the overlook of the xbox's ripping abilities sound is quite average... cars sound good, but environments are lacking in audio detail.
Suggestions: live play

Overall: Colin Mcrae is the best rally game on the market for the Xbox console. If you are a die hard fan of these intense racing games, then this is for you. If you like Nascar games, this isn't the best game for you. Furthermore, if you like seeing damage being inflicted upon your car, side smashing into trees, and skidding out into puddles of mud, this is the title for the Rally Racing gamer. On average, I got bored of this game quickly, but for $20.00, it's worth crashing into your friends on multi-player.
Gameplay: Gameplay in Colin Mcrae 04 is quite nice. The controls of the game are very simple and easy to learn. You actually have several choices such as: You have 2 buttons you can use for the gas....A or R. Same with the brakes. This game gives you a selection to choose from to make sure you are comfortable during gameplay. The game also offers a great multi player selection, up to 4 players.
Graphics: The graphics in Colin Mcrae are smooth and crisp. The cars and environment are very bold, colorful, and sharp. Totally better then the older Colin Mcrae game.
Sound: The sound and music in Colin Mcrae is limited. Although there is no music while you are racing, there is music at the menu screens. But, you do get to hear yourself burning and skidding out on the race track. You also hear yourself smashing into rocks and trees!

Overall: I had to go back and see how I ranked the disappointing version 3. I gave it a 3.5 - in hind sight probably much too high, but if CMR3 was a 3.5 this is easily a 4.5.
Gameplay: This game nails rally like no other title on the Xbox. I am not talking about your 'rallicross' type game here though, so some of you may not find it 'fun' racing alone on a course - against nothing but the clock. But for true rally fans this game does so much right and so very little wrong it is a must own.
Graphics: Much improved over CMR3. Many more cleaner textures and many more 3D objects making up the scenery. Nice solid framerate. The game engine still shows signs of its PS2 roots but Codemaster has done an excellent job at hiding most of them. 3rd person perspective could have been done better but anyone who knows Colin knows the game is built to be played in-car. No game can touch the in-car view.
Sound: Some people might complain about no in race music. These people would not understand rally. In the car nothing compares to this game. Here the turbo spool, the engine back fire, rocks bouncing off car, branches slapping at you all while your co-driver Nicky Grist dishes up the best navigation notes in a rally game. Impressive and immersive.
Suggestions: Add even more stages, countries and cars. Yeah the game is packed with them but the more the merrier. Also setup online legue play and overhaul the poor Live scoreboard.

Overall: A fantastic game that bring the WWC to life. The fourth game in the Colin McRae series is a major player in the world of gaming....
Gameplay: Its basically rally. You could be watching rally on one screen, have CM04 on another right next to it, and its impossible to tell the difference. Excellent.
Graphics: MUCH improved over CM03, and considering CMO3's graphics were excellent, it makes you wonder just how great CM04's graphics are. Believe me : Their amazing.
Sound: Its got all the sounds from crashes, skids, collisions ,etc. And now, there are two co-driver options : Colin Mcraes own co-d , or last years welshman NICKY GRIST. superb sound.
Suggestions: Just make an update.....which will hopefully include the PEOUGEUT 307!!!

Overall: If superb detail and graphics are what you look for in a racing game, by all means buy this game, but if you appreciate actual playability and some degree of excitement and fun, stay clear of Colin McRae Rally 04.
Gameplay: , could this game be any less fun? The only way I found the slightest tickle in this game was seeing how much damage I could inflict upon the vehicle and still make it past the finish line. That said, the crash engine is great, quite realistic, but if I have to enjoy playing the game by doing the opposite of what I'm supposed to, there's something missing.
I should also say that I do enjoy racing games, very much so, so I'm not just some yahoo blowing off his mouth about something he knows nothing about.
Graphics: Graphics are beautiful. No complaints here. Very smooth and well detailed, but again graphics don't mean much when the game isn't fun.
Sound: sounds are alright, the engine rev sounds are a little hollow, like there's a certain wavelength missing from them, hard to explain. The music is cool in the menu system, how it mixes into a different song seamlessly when you change menus.
Suggestions: I'd like to say a bit more about the game, elaborate on why it's so boring, but the truth is there's nothing to say because there's nothing to talk about. The fun's just not there. I'll try and give it another shot, but overall I'm pretty disappointed in this game.

Xbox one no signal
Post by debrartin
0 Replies, 60742 Views