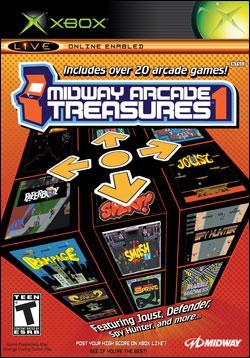 Nostalgic products seemed to pop up everywhere in 2003. Whether it was a new spin on an old idea or just general reissues, the past haunted us in all shapes and forms. He-Man and the Garbage Pale Kids got face-lifts, Strawberry Shortcake and the Care Bears made comebacks, and VH1 reminded us why we loved the '80s. True to this trend, the video game industry embraced the early day creations and they too paid homage. And it is because of this homage that we have Midway Arcade Treasures.


In the tradition of the Namco Museum series, Midway Arcade Treasures focuses on some of the best games to come out of the Midway library. The difference here is the sheer number of games included in the collection. Rounding out at 25 games, Midway gives more entertainment for our money then other collections of this kind. You get the following:
-Spy Hunter
-Defender
-Gauntlet
-Joust
-Paperboy
-Joust 2
-Rampage
-Marble Madness
-Robotron 2084
-Smash TV
-Defender 2
-Bubbles
-Road Blasters
-Stargate
-Blaster star
-Super Sprint
-720
-Toobin'
-KLAX
-SPLAT!
-Satan's Hollow
-Vindicators
-Root Beer Tapper


Don't just think of this as playing another collection of old video games. Think of it as a history lesson. See where games like Spy Hunter and Gauntlet got their start. Relive playing your Atari system with Defender and Joust. Finally play through games like Road Blasters and Smash TV without spending enough quarters to equal the next two weeks worth of allowance (yes, there was a time arcade games cost only a quarter to play).


So who is this game for?


This is a great game for all different kinds of players. If you like multiplayer games (not through Live), you and three of your closest friends can fight your way through Gauntlet, or take turns trashing everything in sight with Rampage (up to 3 players) or Smash TV (2 players). For those of you Bejeweled and Tetris fans, give KLAX a try. There is a game in this collection for just about any kind of gamer.


This is also a good game for the gamer on the go. While some people might say this collection is not worth it because these early games can be beat in about an hour or so, these are perfect for someone who just has a few minutes to play and doesn't want to deal an long winded storylines or load times. You can play a game like Paperboy for ten minutes and feel satisfied that you got the total game experience.

Are you in control?


This is the one thing keeping this game from getting a perfect mark. These games were not meant to be played on a Xbox controller, or any other modern controller. Atari joysticks and arcade pads are what these games were built around and they don?t translate well to twelve button consoles controllers. Games like Rampage, Marble Madness and Joust need the flexibility of the a joystick, otherwise its just feels awkward and clumsy.


Once you get past the stiffness, the controls are easy to master in a matter of minutes. Most game simply use two buttons and the left thumbstick, so no need to hold the instructions in one. This is a nice advantage for lesser experienced gamers who would be attracted to this kind of title.


There are two ways you can look at a game like Midway Arcade Treasures. The first way is to compare it to the other games of 2003, which (aside from being just plain wrong) is going to give this game the dishonor of having some of the worst graphics of 2003. The other way is to compare it to games from the ?80s, which makes the graphics really stand out. No matter which side of the fence you?re going with, one key detail must be acknowledged: these are the graphics used in the arcades, not the home console versions, so the games look the way the creators intended to. They are amazing in their simplicity, acting as a reminder that graphics were much simpler at one point and that game play meant so much more.

Much like the graphics, the sounds have been pulled directly from the arcades of the ?80s (minus the over usage of the word ?rad?). The music (when it is included) is a flashback to when video game soundtracks were produced on Casio keyboards. Remember, Midway?s attempting to make players relive the past, so give the surround sound and DTS a rest when playing this one.


It's important to mention that Midway did not include the all great custom soundtracks feature. While this is may be a major let down, you can do the '80s thing...pump up the volume on your headphones and play to the sounds of Guns N Roses on audio tape (more memories of torn jeans dance in my mind).


Midway Arcade Treasures is like taking a walk down the street you grew up on and had forgotten about. We hold movies like Citizen Kane and Casablanca as true classics and champions of early films, films that paved and changed the way we view modern cinema. The titles included in the Midway Arcade Treasures did the same for the video games of today. They may seem corny and out-of-date to younger gamers, but someday people will have the same perception of Halo. They?re called treasures for a reason, and older gamers will do just that...treasure them, as they deserved to be treasured.


Why not pick up a copy and see how you stack up to other gamers using the Xbox Live Scoreboards. 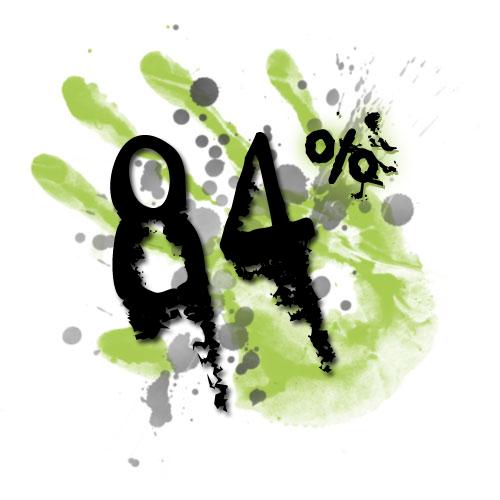