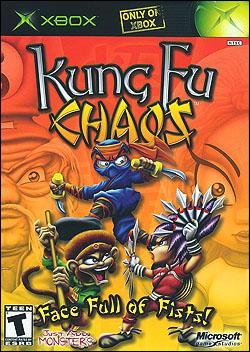 This WILL BE/IS Microsoft?s butt-kickin? sleeper-hit for 2003! Microsoft and Just Add Monsters have truly outdone themselves!


The game is based on you being a (probably hungry) Hollywood actor in a cheap 70?s style kung-fu film, with beautiful graphics and superb sound Kung-Fu Chaos is what Fusion Frenzy should have been. Trust me, this game is a hoot to play! The rather annoying ?wanna-be, Hawaiian shirt wearing? film director will have you rolling on the floor in laughter. Invite all your friends over to play, because they are in for a massive treat! This party genre is relatively new overall, but KFC (not to be confused with Kentucky Fired Chicken) seems to have combined a spectacular overall package that will keep you coming back for more! Don?t be fooled, this game is also very addictive in single player mode.


The head-to head feature of KFC is hilarious! With eight players to choose from, (The ninja being my favorite) each character has their own set of moves and combos and the movie sets range from Titanic to many others.


To be honest I played this game at E3 and it was bad?but this final build of the game has left me breathless, it has really come together well.


Do yourself a favor until E3 2003 comes along, (in the flavor of the director)??You buy this game! NOW! But, you?re not as good as me!? Yahhhhaaa!

Now with scenes that are called??The Legend of the Drunken Bastards?, this really sets the mood and describes the humor perfectly that exists is in this game.


The gameplay is super fun and easy to jump right into. You pick up the controller and just play! (The manual can stay on the floor.) The fighting system is surprising very good, with its combos (which you learn along the way) and special moves. KFC hold a good pile of mini games keeps you coming back for more. As I said above, this awesome mini-game/fighting title is best playing with a pile of your buds. So, grab the phone and invite them over. Trust me! A play a few rounds of the featured team-play modes in the game. You?ll laugh your !&%$@#* off.


Each character has his or her own unique special array of moves, which really adds depth to the game. You go from one scene to the next trying to ?impress? the director (He is a LITTLE picky), if you do what he asks or come up with a fight scene that looks awesome he rewards you with stars (you?ll see when you get the game). Which in turn, will make or break the movie.


It?s really hard to nail down what game type this really is because it hosts mini-games, fighting scenes, and a few more fun filled aspects. So, I will not try to categorize it. It?s just plain fun, and that?s what a good video is all about.


The heart of this game and each character is based on how much you can humiliate the others on screen, if you hold the left trigger while fighting you will ?bitch talk? your opponents. Therefore, giving you stars, when you get three stars. Watch out! Pull the two triggers and watch your character launch his or her fists of fury! This comes in especially handy when there are a lot bad ninja on the screen running after you to kick your butt into next week. You?ll see.


I was able to unlock almost everything, but I only got a ?Sleeper-Hit? ranking overall?bah! Last level was still locked.


Overall the game rocks, and you WON?T be tossing your controller anytime soon.

This used the Xbox?s great graphical kung-fu powers, to really add a unique cheap movie feel to it. With movies sets with water, things look fantastic. This where you see the Just Add Monsters uses the Xbox?s graphic power to crank out a smooth looking game.


Not a single frame was dropped with this game while I played, given that there really was a lot of things happening on the screen.


Although the visual aren?t anything to get your jaw dropping, but they are quite nice, overall the visuals rock!

There?s not much to say?it has the song ?Kung-Fu Fighting? by Carl Douglas, and the very familiar sounds of cheap kung-fu movies from that era?oh ya, it?s the theme song from ?Enter the Dragon??but this game is not that bad, it?s just a mood setter.


Each character has a unique set of voice acting and fighting sounds and the voice acting in these games are getting better. Did I mention it was in 5.1 Dolby Surround? Oh well, it does is it all good!

Suggestions:
Xbox Live level downloads, and multiplayer co-op mode would have been nice. 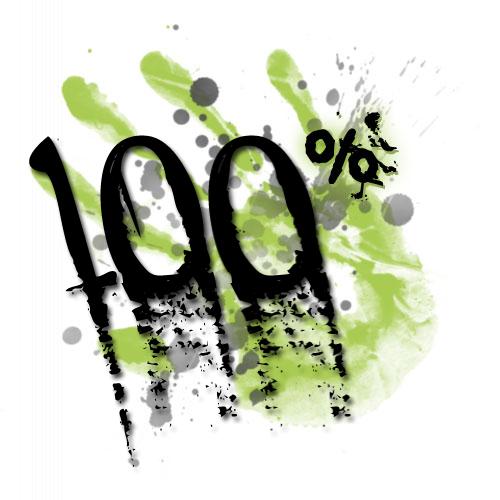