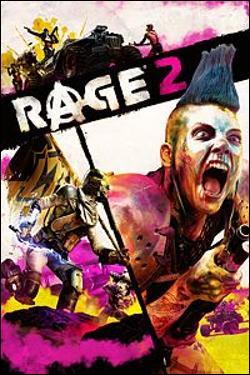 The better part of a decade has passed since we were first introduced to the zany, chaotic and action-packed wastelands of id Software’s RAGE. In gaming, and pop culture in general, that constitutes a long time. Thus, it was somewhat surprising when Bethesda announced plans to bring a sequel to fruition, and stated that it’d charged both id Software and Avalanche Studios with doing so."

read more
RAGE 2: TerrorMania Available Now
Get ready, as new adventure and mayhem awaits you in...The Wastelands. Check out the trailer inside.
Rise of the Ghosts expansion coming to RAGE 2 on September 26
Yep, you heard us right. There is some new DLC coming to Bethesda’s game in a couple of weeks.
RAGE 2 is Out Now....Just Sayin'
Fans of Bethesda made shooters have reason to celebrate today, and RAGE 2 has hit store shelves and digital stores today.
VIDEO - A Brand New Rage 2 Trailer
Not much we can add here, to just go check out the new trailer.
VIDEO - Everything Vs. Me Trailer
Check out the latest trailer for Rage 2, as we really think you won’t be disappointed in it.
He’s On Fire Mode Announced as Rage 2 Pre-Order Bonus
If you think that this might have something to do with the iconic voice of the NBA Jam series, you might just be right.
VIDEO - Rage 2 - 9 minutes of Pre-Beta Gameplay
Pre-Beta almost sounds like an "alpha" build, but regardless of what they call it, check out the new gameplay footage of Bethesda’s newest game coming soon.
Rage 2 Finally Gets a Release Date...and a New Trailer
Fans of the original Rage now know when they can get their hands on the next chapter in the franchise, and everyone gets a look at a new trailer.
VIDEO - Rage 2 - Gameplay Trailer
One day after the teaser video was released, Bethesda releases a brand spanking new gameplay trailer for all to enjoy.
VIDEO - Rage 2 - Teaser Trailer
Check out the new teaser trailer that officially confirms that Rage 2 is coming out, and not just a rumour.