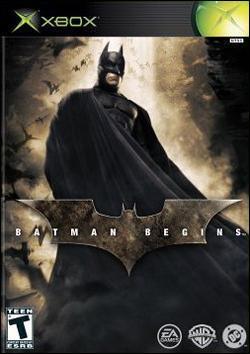 I'm back! Oh don't act you like you forgot! I reviewed games for this site for 2 years before I even knew there was an open forum."

read more
To be released on the same day as the highly-anticipated movie, Batman Begins follows the film as it explores the origins of the Batman legend and the Dark Knight’s emergence as a force for good in Gotham. In the wake of his parents’ murder, disillusioned industrial heir Bruce Wayne travels the world seeking the means to fight injustice and turn fear against those who prey on the fearful. He returns to Gotham and unveils his alter-ego: Batman, a masked crusader who uses his strength, intellect and an array of high tech deceptions to fight the sinister forces that threaten the city across 14 Gotham City locales.
Score: 72
Overall User Average: 7.00 / 10 (72.0%)
Gameplay User Average: 7.00 / 10
Graphics User Average: 7.00 / 10
Sound User Average: 9.00 / 10

Overall: This is a pretty good game, but it acts like it is more open ended than it really is. It is kind of a mix of a spy/3rd person action game. stealth is often needed to complete tasks, and sometimes the situations call for brute force. For big batman fans, this would probably be a good rental or maybe purchase.
Gameplay: The main theme of the game is fear. the object is to navigate through the levels while using things such as gadgets and the environment to create fear in the enemies, making them weaker. you can do lots of different things, like throw ninja star-like things, use a grappling hook, or pick up enemies by the throat to interrogate them. The game has a good feel to it and follows the story of the movie quite nicely. It often goes into more detail than the movie does, or changes something, such as the dock scene. rather than just seeing batman do things, you have to look around and figure out what to do to accomplish the goals. there is a room you can go into where you can unlock characters and see their stories and their background info, which is a neat added feature. their are tons of unlockables such as different batsuits, and videos about the production of the game & movie. some good variety comes with a couple of batmobile missions, which are terrific fun to say the least.
Graphics: The visuals are pretty good but not spectacular, with creepy some creepy looking bad guys, and then the generic looking minions. Batman himself is pretty well rendered. the cut-scenes are scenes from the movie.
Sound: The sound is great, as the actors from the movie are used for the characters' voices. this process is shown in an unlockable video. You can also hear some interesting conversations between baddies, which is sometimes part of your mission.

JLA Coming To Xbox In 2006
Another piece of good news for all of us comic book junkies. The Justice League Of America will come to the Xbox next fall tentatively.
Batman Begins Ships For Xbox
Electronic Arts has shipped the Batman Begins videogame to North American retailers today...
New Batman Begins Screenshots
Well, let’s all hope that this Batman game is better than Catwoman and the other bat ridden games. Enjoy these screens!
Pre-E3 2005: EA Reveals Lineup
EA has announced it’s E3 lineup and the company has all platforms covered.
All-Star Cast For Batman Begins
Christian Bale, Michael Caine, Morgan Freeman and more are lending their acting talents to the game.