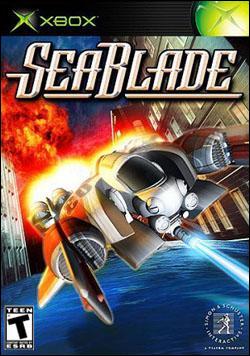 The place is Earth 2350 C.E. The Ring of Fire Cataclysm centuries before has submerged or leveled most of the world’s economic centers. The equator now divides the planet into the haves and have-nots. In the North, tyrannical despots oppress and exploit the ravaged and water-soaked populations and begin mobilizing large armies to invade the South. In response to the crisis, the Southern government deploys the Argosy, a gigantic super carrier outfitted with high performance air-sea rescue vehicles known as SeaBlades. Their mission is to rescue northern citizens, destroy the feudal overlords and uncover the awesome secret hidden in the Bering Strait
Unlock all missions:
pause during gameplay then press X, Y, Left trigger, X, Right trigger(x2).
God mode:
Pause during gameplay then hit Right trigger, Y, Left trigger, X(x2), Right trigger.