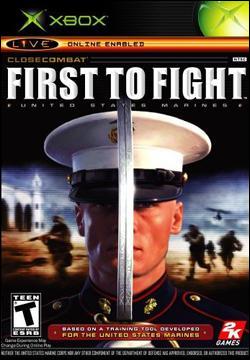 Close Combat: First to Fight is an authentic, team-based first-person shooter created under the direction of active-duty United States Marines fresh from the front lines of combat in Iraq and Afghanistan. Set in a modern mid-eastern urban battleground, players lead a four-man Marine fireteam through the perils of modern urban combat. Together with the United States Marine Corps and Atomic Games, Destineer has created First to Fight as a training simulation for use by the Marine Corps and has now made it available to gamers.
Score: 100
Overall User Average: 10.00 / 10 (100.0%)
Gameplay User Average: 8.00 / 10
Graphics User Average: 9.00 / 10
Sound User Average: 8.00 / 10
No user reviews.
First To Fight Targets Co-op
Destineer Studios' hardcore military FPS on Xbox getting some co-op multiplayer loving. We have just uploaded a ton of screens for your viewing pleasure.
Close Combat: First To Fight Site Goes Live
A new website for the upcoming game Close Combat: First To Fight has gone live according to Global Star.