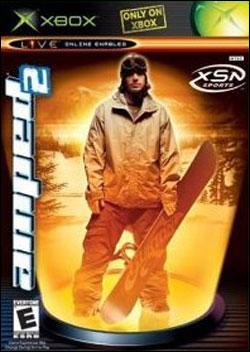 Amped 2, the newest member of the new XSN Sports brand, is the ultimate freestyle snowboarding experience offering gamers an expanded library of tricks and a smooth new "tricking" style.

We spoke with Brenner Adams, Product Planner for Amped 2 to get the skinny on what's new in this installment.


Q: First off, congratulations on having Amped named a Platinum title. Were you expecting Amped to sell so well?

A: We were stoked with the results of our first efforts, and glad so many gamers really got into it. If you were down for the first game then Amped 2 is going to blow you away.

Q: What are the biggest improvements that you have made to Amped 2 over Amped?

A: We think just about everything is better than the original title. Graphics, physics, animations, controls, difficulty, multiplayer…you name it, we’re improving it. That said, the things we’re paying special attention to include multiplayer modes, the difficulty ramp in career mode, and the ease of picking up the game. Finally we wanted to chucked in goodies like snowskate, rewarding players for doing smooth stylish tricks not just spinning like crazy to win, and lip tricks.

Q: In Amped you went for a more realistic freestyle approach by not have split screen racing but turn based. Do you plan to keep that same formula for Amped 2?

A: The freestyle soul of the first is for sure the primary focus of Amped 2, but a great thing about snowboarding is ripping with your friends. Therefore we have split screen even running on 720p. Not to mention the amazing fun of shredding with 7 other people on Xbox Live!

Q: Will we have the pleasure of pulling out our hair again while searching for all of those maniacal laughing snowmen?

A: You’ll be pulling out more than hair, I’m thinking teeth! Yeah, those little punks are back with a vengeance. After being abused in Amped they are yelling out all kinds of stupid things just to make you mad and want to destroy them. The nice thing is you don’t have to find all 8, and they will be a bit easier to find, but just a little.

Q: You once hinted at players being able to design their own Amped levels. Is this still something your team is considering or designing for Amped 2?

Q: Amped had a huge selection of music. Will Amped 2 have a similar selection and can you give us any hints as to who will be on there? Will you also still have the custom soundtrack available?

A: The game features 300 songs in full Dolby 5.1 glory. We can’t talk about who’s on the soundtrack just yet. You will be able to access any custom soundtracks on the Hard Drive, or basically tags songs as favorites and play only your favorites!

Q: As an HDTV owner, I’m always excited when a game supports widescreen like Amped does. Will Amped 2 also support widescreen and did your team have any interest in trying for an HD resolution like 720p or 1080i?

A: Guess I’m reading your mind, yeah for sure like I mentioned before the game rocks 720p’s world!!! The environments and characters are so amazing in 720p. Then try split screen and you’ll be freaking!

Q: What do you like most about developing for the Xbox?

A: I’d have to say the sheer power of the box! We totally threw away the first engine and started over to really push the machine. J Allard and the crew really threw down for this and Amped 2 is sucking everything the Xbox has.

A: The worst is probably Brad E(mail), he’s been twice and visited the hospital both times, while his brother should be pro (he may have a little teaser video in the game – hint – hint) The jury is still out on the best Amped 2 player but I think Chris Okee, he got the mention in OXM for getting video of a 1,000,000 point run in Amped. I’ve heard he can finish all of Amped in like 4 hours – sick!

Q: What do you have in store for us for the Live enabled portion of Amped 2?

A: This season when the sun goes down or the bulletproof is gleaming you’ll be able to shred with up to 7 people from around the world on resorts all over the world. You can just do open challenges all at the same time working on things like the best trick, the best combo, high score and media score. Or you can set up specific challenge types or sessions and see what your bros can lay down. We’ve also got XSN Sports dialed in. You’ll be able to create your own packs and build your own rivalries. XSN Sports will also give you the chance to watch people’s scores and challenge them on Live! play, school them and then post or email to their friends how badly you ruined them. Bragging rights gone digital!

Q: How do you feel about the Live service so far?

A: Super pumped about the whole opportunity to ride and talk real time with friends from all over the world. As well as the promise of downloading levels and more. This is the future of gaming fo sho.

Q: Have you been keeping an eye on the current Live titles available and learned from their mistakes like not being able to find games in Ghost Recon or being dropped back to the main screen after a game of MechAssault instead of going back to the lobby?

A: Yeah, our team has been very carefully trying watching and learning. The Live crew have been great to let us know of any issues we need to be designing around.

Q: Will we see some of the same mountains from Amped in Amped 2 and what new mountains can we look forward to? Perhaps some European resorts?

A: You will see some of the same mountains like Brighton, only we have created the other side of that resort, Millicent. Other than that we’ve stepped it up taking the shredding global! For the first time you’ll be able to ride mountains including Laax in Switzerland, Mt. Buller in Australia, Harris Mountain Heli in New Zealand, Bear in California, Breckenridge in Colorado and Mt. Hood in Oregon.

Q: It seems most Live titles so far tend to forget that some people will still only play the single player mode. Are you concentrating on making a solid single player mode as well even though Amped 2 will be Live enabled?

A: The focus is the single player career mode, but we’ve beefed up the online side so you’ll be able to enjoy the game on and offline. The career mode allows you to create and customize your own character and gear. Then travel the globe and pull your best tricks in front of sponsors, photographers, and fans. Build your fame and get your photos and photo sequences in the latest snowboarding magazines.

Q: One of the complaints of Amped was that it had a very high learning curve and for most people it was just too hard, especially rails. Are the controls more forgiving now or did you keep with the original design?

A: We’ve eased up on things, for example its easier to land things now which makes a big difference. So the game is easier to pick up and play. We’ve also added a great tutorial section that helps a ton. However with the inclusion of Style which requires you to really finesse the analog stick and triggers the game is much harder to master than Amped. So we’ve eased up on the basics but created a whole new world for Amped rulers to get worked in.

Q: When can we expect to see Amped 2 on store shelves?

A: Amped 2 is scheduled to slide onto store shelves late October or early November.

A: Personally I like both Millicent because I’ve spent 18 years riding there, and I wish it was more like the game back them. But the natural terrain there makes it one of the best natural parks in the world. Otherwise I really like Laax for the size, the feel, the hidden cliffs and cat drops and the guys from the resort are rulers, Andi and Reto. So tough, Buller is amazing with the whole town going off, Hood – so many memories there and the graphics set in summer are soooo amazing. I’ll just shut up now.

Q: What pros signed on for Amped 2?

Q: What are you most proud of when it comes to Amped and Amped 2?

A: Hard to say, the team has really stepped up to pull off such a huge improvement, it is truly amazing. I would say I’m stoked that we were able to stay true to the sport of snowboarding, getting creative within the sport and not having to sell out and make the game about something other than the sport that means so much to so many people.

Q: I know you have said this before, but for all of the Xbox fans out there, could you state again why Amped and Amped 2 are Xbox Only?

A: Simple, you can’t pull off a game with this much control over physics, this degree of mind bending graphics and the overall experience on systems with less. We barely fit it on the Xbox!

Xbox one no signal
Post by debrartin
0 Replies, 118170 Views