Nobody knows for sure how Dance Central will perform at retail when it releases later this week, but that’s not stopping its creators at Harmonix from dreaming of a sequel. In fact, the Cambridge, Massachusetts-based developer has reportedly already begun pre-production on a follow-up to the Kinect rhythm game.
"I think that Dance Central has an opportunity to spark a phenomenon, much like the original Guitar Hero did," Harmonix CEO Alex Rigopulos told MCV. "I sure as hell hope there will be a sequel. We certainly have a lot of creative ambitions for the future of Dance Central."

Kasson Crooker, project director for the first Dance Central, offered further hints at the future of the dancing sim. "We’re looking at basic pre-production for Dance Central 2 but are mostly working on DLC right now," he explained.

"We want to make sure people like Dance Central first," Crooker added. "If that happens, we can look at what they enjoyed about that experience and decide if we want to offer an addition to it."

Dance Central launches alongside the Kinect on Xbox 360 this Thursday, November 4. 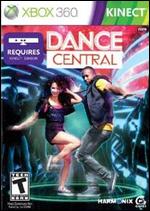 Xbox one no signal
Post by debrartin
0 Replies, 50609 Views