The recent retail release of The Walking Dead provides another way of experiencing Telltale’s episodic adventure game. However, it appears that the Xbox 360 version may be worse than its download counterpart.

Posts on the Telltale forums (via Joystiq) have claimed stuttering, button prompts appearing too late to input for events, and an inability to start playing Episode 2. The latter issue has persisted for some users despite a title update intended to fix it. Telltale has also informed users that it’s aware of the freezing issue, claiming it’s a problem of the 4GB Xbox 360 Slim. Some users with other models claim they’ve experienced it as well, however.

(Looks like my unopened copy will be going back to Gamestop to exachange for an MS points card so I can purchase the downloadable version...) 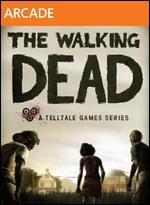