CALABASAS HILLS, Calif. - November 7, 2001 - THQ Inc. (NASDAQ NMS: THQI) today announced that it has entered into a letter of intent to acquire Rainbow Studios, a leading creator of digital entertainment. The acquisition is subject to the satisfaction of certain conditions, including the execution of definitive documents.

“For the past fifteen years, the team at Rainbow Studios has consistently delivered the best in interactive entertainment through every technology wave,” stated Brian Farrell, President and CEO, THQ. “This acquisition helps position THQ at the leading edge of content creation with unparalleled internal development talent.”

“We are delighted to be a part of such a thriving videogame publisher at the onset of tremendous growth for our industry,” stated Earl Jarred, Chairman, Rainbow Studios. “Our single greatest achievement through the years has to be the amazing talent we have assembled from all corners of the globe. I am delighted that they will now have even greater opportunities to succeed with the added strength and support of THQ behind them. I would like to thank our friends at the William Morris Agency for providing the introduction of Rainbow to THQ.”

“Rainbow will be a great addition to our internal studio roster,” stated Jeff Lapin, Vice Chairman and COO, THQ. “Their proven ability to create original franchise properties will be invaluable to our next-generation console strategy.”

“We look forward to being a part of THQ’s continued success,” stated Mark DeSimone, President, Games, Rainbow Studios. “We have a very talented and dedicated team at Rainbow Studios, and feel that our development culture matches very well with the team at THQ. Our technology, expertise and passion for games, combined with THQ’s marketing and distribution will make for a winning combination in this generation of consoles and beyond.”

Rainbow Studios is the largest studio in the southwest. Headquartered in Phoenix, Arizona, Rainbow is a true new media company with roots in the skills and production values of traditional media. Classically trained artists work alongside award-winning engineers to create and deliver great entertainment in all media. Rainbow’s cohesive team includes veterans of live action production, pioneers of CG and acknowledged leaders in advanced technology.

The company has two primary businesses: animation and games. Combining both businesses under one roof has provided Rainbow diverse and growing revenues and ensures the close collaboration between art and technology in the creative process. This working philosophy has lead to a history of and the ability to develop games involving cutting edge technology and animation.

Under the terms of the agreement, Rainbow Studios will become a wholly owned subsidiary of THQ. In connection with the acquisition, THQ will issue approximately 1,000,000 shares of common stock to Rainbow shareholders. The acquisition is expected to close as soon as all necessary approvals and consents are obtained. 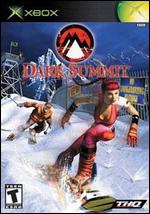