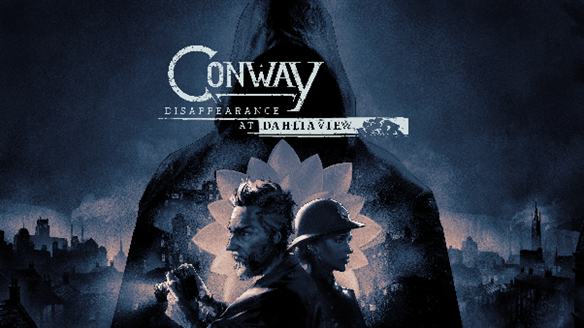 How do you solve a case where everyone is a suspect? Sold Out and White Paper Games are excited to announce that observational thriller Conway: Disappearance at Dahlia View will release on November 2 for the PS5, the PS4, Xbox Series X|S, Xbox One consoles, the Nintendo Switch system and PC.

From the creators of Ether One and The Occupation, Conway: Disappearance at Dahlia View is a gripping observational thriller set in 1950s England. When 8-year-old Charlotte May is reported missing from Dahlia View, retired detective Robert Conway searches for the truth behind her disappearance, observing his neighbours from his apartment window and questioning their behaviour. As suspicions escalate, Conway launches his own investigation into Charlotte May’s disappearance, following leads, uncovering new evidence and piecing the case together on an unpredictable path to the truth.

In addition to today’s release date announcement, Sold Out and White Paper Games also released a brand new trailer revealing a deeper look at the game’s detective-based gameplay and the mystery waiting to be solved at Dahlia View.

White Paper Games also revealed further details on the next-gen versions of Conway: Disappearance at Dahlia View, including the option for players on PS5 and Xbox Series X to choose between two different visual modes: a native 4K resolution mode for pin-sharp image quality, and a Ray Tracing mode to experience the world of Dahlia View with enhanced fidelity.

"We can’t wait to share our latest work with everyone on November 2nd," said Pete Bottomley, Co-Founder of White Paper Games. "It’s been important for us to deliver a game with powerful storytelling, and we hope our latest trailer provides plenty of intrigue into Conway’s investigation and the residents of Dahlia View.”

“Conway: Disappearance at Dahlia View is a cinematic detective thriller that we hope will have players absorbed with its deep, emotional narrative and gripping investigative gameplay,” added Konstantinos Ntaflos, Senior Product Manager at Sold Out.  “With puzzles to solve and dark secrets to uncover, we’re looking forward to players beginning their investigation on November 2nd.”