Activision announced today its results for the first quarter of its 2005 fiscal year, which ended June 30. Revenue for the Santa Monica, California-based company topped $211.3 million, compared to $158.7 million during the same period last year. Net income was $12 million, an increase of $7.8 million. Most of the success is attributed to the publisher's Shrek 2 and Spider-Man 2 games. The two shipped more than 5 million units combined, and were the best-selling titles of May and June, respectively. Activision also indicated that the release of the PC version of True Crime: Streets of LA also boosted sales. Ironically, Activision only picked up the Shrek license last December, following the purchase of former rights-holder, TDK Mediactive, by Take-Two Interactive. The numbers in today's release come from before the July 14 announcement that Doom 3 had gone gold. The long-awaited PC title is expected to drive the company's revenue through the second quarter, with some reports saying it is already Activision's best-selling PC title ever. As for the Xbox version of Doom 3, Activision executives told analyst in a post-announcement conference call they are listing the game as a December 2004 release "for modeling purposes only." They said ultimately, though, the decision to release the Xbox Doom 3 will fall to id Software, who is supervising Vicarious Visions' development of the console version. Activision expects revenue for its second 2005 fiscal quarter (calendar Q3 2004) to be $254 million, to increase even further to $515 million during its third fiscal quarter (calendar Q4 2004), which includes the holiday season. Besides Doom 3, the company hopes that its forthcoming games Rome: Total War, Call of Duty: United Offensive, X-Men Legends, and the movie tie-in Shark Tale will be the big money makers over the next two quarters.
Source: http://www.gamespot.com 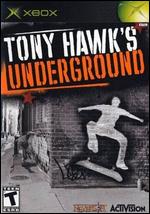 Witness the evolution of the best- selling first-person sniping franchise in this gameplay overview trailer for Sniper Ghost Warrior Contracts 2.