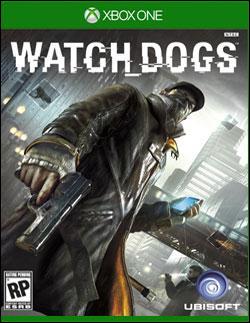 When Ubisoft announced Watch_Dogs for the first time back in 2012, it instantly caught the eye of many people, myself included, for its gorgeous visuals and intriguing gameplay based around hacking. Then just shortly before launch it got delayed six months to the disappointment of many, but here we are those six months later and Watch_Dogs finally exists for all of us to play. Ubisoft wanted us to believe that Watch_Dogs was going to change everything."

This week's Deals with Gold features Worms, Watch Dogs, Borderlands
If you’ve been holding off visiting Pandora or Chicago because you’ve been waiting for a good discount travel deal, now’s the time to pull the trigger.
Best Buy Canada offers $10 off Watch Dogs online pre-orders
Sick and tired of the recent $10 price hike on most new games? Well, Best Buy is offering a return to the good old days when we used to pay the same price as Americans for new games -- for Watch Dogs anyway.
Xbox One Game Store game clips leak possible Watch Dogs closed beta
The Xbox Store is an exciting place, isn’t it? A cursory browse might occasionally turn up a yet-unreleased game that can be downloaded for free (oops!), or spill information on an upcoming product or beta. This is the ERA OF THE WORST KEPT SECRET.
Watch Dogs will feature 8-player multiplayer, mode can be turned off
Taking a page from games such as Dark Souls and Need for Speed: Rivals, Watch Dogs will feature a multiplayer mode that seamlessly blends into the single- player experience, but players can opt out for single-player if they wish.
Watch Dogs and The Crew Delayed to 2014
Ubisoft announced Watch Dogs and The Crew have been delayed to 2014 when the company released there financial targets for 2013-2014 earlier today.

Xbox one no signal
Post by debrartin
0 Replies, 43152 Views